There’s a silence in all of us that allows us to know the 5 W’s and 1 H; who, what, when, where, why, and how.  In my undergraduate studies in Journalism this was the basic investigative formula for getting the facts of any story.  At the very least, it gave you the lead to something bigger.  I’m finding, later in life, the concepts previously learned are applicable in other aspects of life not exactly academic.  In my graduate studies, Leadership specifically, the concepts can be applied in life at the very moment of conception—if you’re in the action you cannot see what’s truly happening.  Other than the age gap, the true difference lies in the person (who) you are (what) at that moment (when) in time (where) when you’re truly left alone to process “how” (why).

This is my story, at the moment…

I’ll be 34 in almost exactly five months and the overarching theme of most people in my age bracket isn’t mine.  I could have had this Cleaver-like existence, but it wasn’t me.  So WHO am I?  I’ll keep this aligned to the five-point theme and in bullets (so this may be super difficult in choice but here goes):

The sum of the above abridged characteristics is my partial identity–the WHAT to my WHO.  This, of course, could be different from those that know me or have known me, so this potential difference gives me a separate identity from my own.  If identity is a necessity then what does that say about “me”?  That we’re more than who we are because who we are isn’t isolated to who we think we are, but rather who we are to others?  We live in half-truths until we relate to others because 1+1=2.

“Now ‘WHY a thing is itself’ is a meaningless inquiry (for — to give meaning to the question ‘why’ — the fact or the existence of the thing must already be evident’-e.g. that the moon is eclipsed-but the fact that a thing is itself is the single reason and the single cause to be given in answer to all such questions as why the man is man, or the musician musical’, unless one were to answer ‘because each thing is inseparable from itself, and its being one just meant this’ this, however, is common to all things and is a short and easy way with the question).” – Aristotle’s Law, Metaphysics Book VII, Part 17

WHEN I was a child, the identification came mostly from my family.  This is both good and bad because while the definition of you is contingent upon others–it’s also tied to them and less to you.  This helps you be grounded when you fly too far from your roots, but it’s confusing when belief systems move out of orbit from the Mothership.  This is WHERE you begin to define your own life and how it fits or doesn’t fit with others.

So, HOW do you get to where you’re going? This route is different for each of us, and in realizing this I’ll figure out my story. 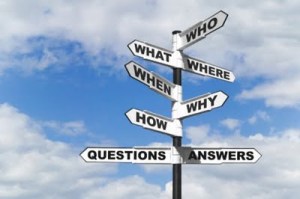 Breakfast was a symbol of  something pure that products of divorce, such as myself, used as a compass to happiness; a happy family.  While my own family ate wherever they lingered in their solitude and typically only ate together at one table on holidays, there was this ever-present dream of a wholesome family meal; untainted and a ‘what if’ attainability.

The few times we wrestled with sitting down at the table for a family breakfast or dinner, the only thing served was silence or resentment; not much of a variety of tastes.  Instead, we could watch Leave It To Beaver reruns at dinner time and watch the Cleavers, loving and virtuous, communicating and eating a full bird.  I didn’t get to eat a full bird until recently and if you’ve ever seen a full bird during preparation it’s enough to make you wonder if even June Cleaver, America’s most perfect mother, was a deviant.  Looking back, her obsession with kitchen activities and ability to do exceptional card tricks may have just been OCD and a gambling problem.  I guess even the All-American family has their imperfections, but it didn’t keep us from looking up to them and wanting a little slice of Cleaver pie.

We watched the Jetsons and heard the media projections on the future, but it came and went without flying cars and watch computers.  We didn’t experience the Apocalypse in 2000, and I’m pretty sure the one in 2012 is just a ploy to sell more batteries and water.  However, I can’t deny the digital age in front of me and the lack of simplicity all around me.  Why would children ride bikes when there’s an app for that?  What will become of imagination and pretend when it comes from a device?  What will double entendre become but acronyms and symbols like OMG PIG : p  (Oh My God Pretty Intelligent Girl–sticking tongue out) .  I failed in college at learning another language and luckily Ebonics didn’t stick, but I may have to noodle on text language.

I’ve got to finish this blog posting soon though because my iPhone is blowing up, but the point is that the NY Times came out with an article about electronic breakfast tables (my term, not theirs).  It’s a sad reality that my wholesome symbol of family will be as extinct as playing house in a real tree house and not on SIMS.

On A Serious Note